The Decision to File a Bid Protest

If you are considering filing a bid protest, the first thing you should do is contact counsel as soon as possible to ensure that your critical deadlines have not passed. There are many time sensitive statutory and legal triggers that protestors must know.

Our clients who have filed a protest and won have received the benefit of the awarded contract for up to a five year period. Many contractors are realizing the benefits of being awarded a contract that last up to five years out weights the financial risk of the protest. 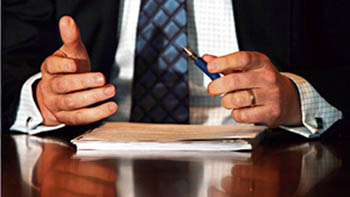 Some clients are apprehensive of filing a protests thinking that if they file a protest the agency will no longer award them contracts this is simply not so. Some of our successful clients file protest after protest and their Government sales have increased every year. But please keep in mind that an intense review of each situation must be made on a case by case basis. Of all the clients that come to us wishing to file a protest we end up talking more than half of our clients out of it for various reasons.


Bid Protests Can be Filed

Bid Protests can be filed either at the agency (agency level Protest), the Government Accountability Office (GAO) which if filed timely allows an automatic stay of the awarded contract, or Untied States Court of Federal Claims. (USCFC) Deciding on where to file a protest must be determined on case by case bases.

The majority of bid protests that are filed with the GAO, because if filed within 10 days of award of the contract an automatic stay will be placed on the awardee.
Recent Articles
Get Connected